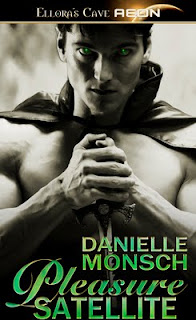 VAMPIRES HERE I COME!
Sometimes I’m kinda shocked that my first story wasn’t a vampire story.
I often say (and it’s mostly true) that I started writing because of a dearth of vampire stories. I know, crazy to think of, right? But yes, there was a time you couldn’t close your eyes, pick up a book from the store, and have a one in five chance it has a vampire character in it.
Since I became obsessed with vampires and couldn’t find enough stories, I started writing my own. Enough people said they liked my stories that I began to accept I had some talent when it came to the writing thing. Now, it took me a long time before accepting I had talent morphed into wanting to do it for a living, but that’s another story.
Back to now. Now I’m a Writer! Now, I can write any little story that crosses my mind and make it work. Now I’ve got about half a dozen stories in various stages.
No vampires.
Why? I mean, I still love my vampires. Sure, it’s not the obsessive love I had in my teenage years, but they are still my favorite supernatural creature.
Do I want to write a vampire story? Absolutely. And I will. I really will.
But I have to find the right story. There used to me too few vampire stories, now – OK, I won’t say there are too many, I don’t believe that – but if I’m going to write a vampire story I want it to be my unique take on it, something that I haven’t seen before.
So for now, vampires are on the back burner.
Still, for now doesn’t mean never. I’ve loved vampires for so long there is no way I’ll not write a vampire story sometime in this (hopefully long) writing career of mine.
My teenage self is looking forward to that day.
What supernatural creature do you enjoy reading about most? One random commenter will receive a free copy of Danielle’s latest story, Pleasure Satellite, found here at http://bit.ly/Dani_PS 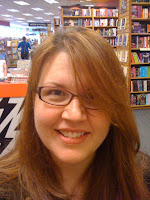 Danielle Monsch is a Romantic Geek Girl Writing in a Fantasy World.  You can find Danielle on the web at www.DanielleMonsch.com, www.twitter.com/DaniMonsch, www.facebook.com/DanielleMonsch or email her at Dani@DanielleMonsch.com
BLURB:
Nevan’s life is nothing but duty and honor. The eldest son of a prestigious House, he has a life mapped out ahead of him, including mating a woman for whom he feels nothing but brotherly affection. But then one night he discovers a woman who makes his blood boil and his body hard.
Seena has known nothing but blood and pain in her life. A fighter for the BloodRing, she is nothing more than spectacle, her life and death meaningless except as entertainment for the masses. Then one night a male comes to her in secret with a bargain the likes of which she has never been confronted with. The ultimate fight, which will lead her either to freedom…or to his bed.
Nevan will allow nothing to stop him from possessing the human. On the Pleasure Satellite anything is permissible, and to the strongest goes everything.
EXCERPT:
The lights began dimming, a signal that the next fight was about to start.  Samos bared his teeth, a semblance of a grin that did nothing to hide his bloodlust. “My Lords, you are in for a fine fight!”
The other males sat forward, near reverberating with excitement in their seats.  Farana also looked forward, though she held herself so still Nevan feared she might shatter.  Having nowhere else to look, Nevan’s gaze went towards the ring as well.
As with every other fighter’s entrance, a thin mist of smoke covered the ground floor before the opposing cage doors opened, loud clanks and groans as the old but effective gates rose to let in the fighters.
And when the smoke cleared, a collective gasp came from the crowd.
“Human!”
“It’s a human!”
“I’ve never seen one before!”
Nevan was as shocked as any other being here, though long habit kept his face blank.  While humans weren’t an extinct species, it was rare to see them outside one of their few existing strongholds.  How the Peddler came across one, he had no idea.
Xenil spoke.  “Is that truly a human?”
“A female human?” added Jaron.
Samos seemed very pleased with the shock the human’s entrance seemed to engender.  “Yes, it is truly a female human.  Rare and deadly, she is.  She would not represent me in the BloodRing otherwise.”
The human’s eyes traveled the crowd, and Nevan understood at once she was searching for Samos.  She seemed to have knowledge of who the Peddler would gravitate towards, her eyes starting with the highest boxes, the ones that held the spectators of wealth and power.  After sighting the Peddler, she studied the box’s other inhabitants.  Farana almost fainted with fright when her eyes met the human’s and she quickly looked away.
The human’s eyes met his.
Tevarian females seldom looked their males in the eyes.  The few females of other species he had met had been intimidated by his size and by his species ferociousness, and therefore were skittish around him.
The human locked gazes with him, not looking away until whatever question she was searching for was answered - not intimidated, not hurried.
Nevan’s throat felt thick as their gaze held, his breath impossible to get into his lungs.
“Nevan?”
The voice of Farana broke through the hold of the human’s eyes and Nevan turned his head to look at the female at his side, shocked to find he was standing partway up, not remembering moving at all.  He cleared his throat.  “I wished to get a better look at the human,” he said, sitting back down.
Danielle Monsch fantasy paranormal Pleasure Satellite supernatural creatures Vampires

MATaylor said…
Hey Danielle, I love reading about shifters. Great post, maybe that explains why I have my shifter book on the back burner.
May 10, 2011 at 10:01 AM

Anonymous said…
The excerpt of Pleasure Satellite is intriguing. The offer -- delicious.

Shelley Munro said…
Vampire is about the only paranormal creature I haven't tried to write. I have this thing about blood...
My favorite paranormal beings are feline shifters, but I was thinking only yesterday that I need to write a vampire. A challenge :)

Laurie Ryan said…
Hi, Danielle! I'm kind of a closet vamp girl. I read them, but haven't tried to write them. Pleasure Satellite sounds intense. Great premise!
May 11, 2011 at 11:12 AM

I hope I can read it soon, but I know you are so busy teaching us writers about the world of law enforcement, that must really eat into your writing time!
May 11, 2011 at 1:16 PM

Karysa Faire said…
The excerpt is fantastic. Can't wait to read more!
My favorite supernatural being that I enjoy reading about? I'm going to be completely unoriginal and tip my hat to those sexy vamps. There's just something about the intense desire in night's darkness and giving in to complete enthrallment. . . .
May 12, 2011 at 3:10 AM

My favorite supernatural being that I enjoy reading about? I'm going to be completely unoriginal and tip my hat to those sexy vamps. There's just something about the intense desire in night's darkness and giving in to complete enthrallment. . . .
May 15, 2011 at 6:58 PM