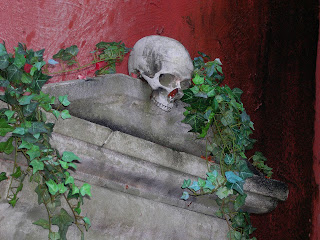 As the vampire morphed into the seductive being of paranormal romance, several writers known for their speculative fiction took a different approach. Exactly how would vampirism affect a body? What might cause it? Could the factors be isolated and manipulated? Could vampires re-engineer themselves, even, to strengthen their survival? Susie McKee Charnas, Barbara Hambly, and the late Octavia E. Butler all established their careers as authors of what is sometimes called "social science fiction," dealing with futuristic or alternative-world social norms. Each of them also wrote at least one study of the vampire.

Charnas, known for the dystopian and feminist Motherlines novels, wrote what many science fiction writers have considered the ultimate book of the undead, The Vampire Tapestry (1980). Hambly has published four novels about human/vampire detection, Those Who Hunt the Night (1988), Traveling with the Dead (1996), Blood Maidens (2011) and The Magistrates of Hell (2012). as well as a retelling of Dracula from his victim's viewpoint (Renfield: Slave of Dracula, 2007). Butler likely intended continuing Fledgling (2005) as a series, now ended by her death. Together these books are part of a separate line of vampire fiction that treats the subject seriously as a topic of speculation.

The Vampire Tapestry
Charnas' novel has five interlocking sections that approach its vampire, Dr. Edward Weyland, who poses as an eccentric professor studying sleep disorders at an institute in New Mexico, from different angles. The sections include his capture by amateur hunters who treat him like a zoo animal, and his visits to a psychiatrist who at first sees his vampirism as hallucination but later becomes fascinated with her strange client. Dr. Weyland is not a vampire lover–there is a sex scene that is entirely unromantic– but very much an other, with the emotions of a predatory animal. He is sympathetic because he is alone, unique, and is mistreated by humans whenever they get the chance. Charnas has isolated him from the vampire legends too; he feeds from a tube under his tongue and can hibernate for decades. Whether a mutation or a different life form, Charnas's vampire remains as alien as any creature from science fiction. This novel has been widely praised, with the New York Times calling it "Among the genre's few modern classics."

One section, "The Unicorn Tapestry" was published separately from the others and made into a play, Vampire Dreams. Weyland also is in a novella, "Advocates," written with vampire author Chelsea Quinn Yarbro, in Under the Fang (1991).

See more about Charnas at http://www.suzymckeecharnas.com

Fledgling
The major theme of Butler's work, as one of the few black writers of speculative fiction, has always been assimilation, for good or ill, as in her Xenogenesis trilogy about aliens who rescue survivors of earth's holocaust in order to trade genes with them (Dawn, Adulthood Rites, and Imago). Though ultimately beneficial, their initial impact on humans is horrific.  The Oankali, who "see" through sensory patches, have sex through a third party, and are only vaguely human-like, are among the most complex and fascinating aliens ever created. She is perhaps best known for Kindred (1979), a time-travel novel of Southern slavery. In Fledging, she mixed an unflinching stand against prejudice of all kinds with speculative vampires.

Genetic experimentation is the crux of Fledgling, though its plot is more about the consequences than the process. Vampires in this novel are a race who live in families of separate males and females with their human symbionts, who are addicted to their venom and are willing blood donors. They are not sure themselves if they are natives of earth or aliens. One family, to address the problem of not being able to tolerate sun or be awake during the day, has remixed their genes with those of African-descended humans for greater sun tolerance, also producing darker skin. Some other families consider this species pollution and stop at nothing to wipe out the experiment. The one survivor of her family, Shorli, who looks preadolescent and vulnerable but is neither, must negotiate and fight her way through the trial of the killers by the remaining families.

More information about Butler can be found at http://octaviabutler.org

Those Who Hunt the Night and the Asher/Ysidro series

In 1988 Barbara Hambly, then best known for her Darwath dark fantasy series, made her own speculation on the causes and permutations of vampirism. Like Charnas, she created a vampire who is alien and yet sympathetic in Those Who Hunt the Night.  Set in very early twentieth century England and Paris, its protagonist, James Asher, is an Oxford tutor who's also been a spy for the British government. James is married to Lydia, a young woman who pursues medical studies in pathology. When someone begins to kill off London's vampires, one of the oldest coerces Asher (by threatening Lydia) into tracking the killer, who, it emerges, is another vampire.

The vampire protagonist here is Don Simon Ysidro, who is remote and ancient, and yet closer to human than the novel's other vampires. Experiments with the transfer of vampirism through the blood, as well as psychic aspects of such transfer, are the subject of both detection and action. Its human and vampire characters are aware of Stoker's Dracula and comment on its accuracy or inaccuracy. Hunt won Best Horror Novel.

Hambly often returns to series years later. Traveling with the Dead appeared in 1996, Blood Maidens, in 2011 and The Magistrates of Hell in 2012. Traveling won the Lord Ruthven Award (named after the vampire in the early tale written by Lord Byron's doctor, Polidori), and again involves Don Ysidro, Asher, and Lydia Asher. Lydia, for whom Ysidro has developed feelings, extracts a terrible promise from him not to feed that nearly is their undoing.

The third book takes place in 1911, as the Kaiser attempts to recruit vampires, and Hambly's vampire/human alliance (and something of a triangle) attempts to stop them. The fourth book is set in the 1912 Republic of China, where vampires are multiplying in Peking.

Blood research and the possibility of a cure have been issues in multiple novels and movies. Susan Hubbard's psychological study of vampirism in her Sanguenarian series, also uses a speculative edge of research, though it is not the main focus, and her characters drink an enriched blood-substitute, Picardo, in The Society of S (2007) and its sequels.

A. B. Emrys guest edited the current issue of Clues: a Journal of Detection on paranormal mysteries. Crime and dark crime fiction of hers is currently in Louisiana Vampires (Barnes & Noble) and Whacked! (Rainstorm Press). Her nonfiction study, Wilkie Collins, Vera Caspary and the Evolution of the Casebook Novel (McFarland), was an Agatha finalist and is a Macavity nominee.

Teresa Reasor said…
OMG! I remember the Vampire Tapestry. I think I still have a copy of it. I have to go reread it.
Love these other ladies take on Vampires and their worlds. I recently read a friends vampire story and she's actually made him a predator, a real predator. I Love that. Because I really think it would be in their nature.

Amber Stults said…
I've heard of Octavia E. Butler but none of the others. Thanks for pointing out some (new to me) authors with interesting work.
September 8, 2012 at 8:39 AM

Patg said…
Wonderful article, and glad you pointed out that taking seriously the idea that they are a separate species or life form is as interesting as anything romantically inclined for fiction.
Patg
September 8, 2012 at 10:29 AM

Margaret Carter said…
Excellent post! "Other-species" naturally evolved vampires ("Vampire as Alien," as I call them in my nonfiction book DIFFERENT BLOOD: THE VAMPIRE AS ALIEN) are my favorite kind. I consider THE VAMPIRE TAPESTRY one of the best vampire novels of the 20th century and very undeservedly overlooked. I didn't know BLOOD MAIDENS and THE MAGISTRATES OF HELL existed -- thanks for the information.
September 8, 2012 at 1:14 PM