Tuesday Guest Blog: The Lure of the Dark Side

by Kerri Nelson
In the battle between good and evil there is always a dark side and a light side.  In my recent release, Courting Demons, I’ve appropriately named mine “The Dark Order” and the “High Order”.  I chose “High Order” because I wanted to have the angelic feel as in “Angels We Have Heard on High”.  And although I don’t give too much detail on the High Order in this story it is sort of a given that it is run by angels or Guardians and that they have a plan that has yet to be revealed.
I can’t share that plan with you now but I can tell you that the High Order will be heavily featured in the sequel to Courting Demons…coming soon!
In the meantime, we get to visit the Dark Order several times during this story.  First, Paisley goes on trial there for her vengeance spell gone awry.  Later, we get to experience that world through the eyes of a demon character as well.
So, what is it about the dark side that so interests us?  I doubt that most of us really wish we were on the side of darkness.  But yet, we cannot deny that it has an allure to it that draws us back time and time again.
Is it the feeling of the forbidden?  The taboo taunting us?  Maybe we are just intrigued with knowing how the other half lives.
Whatever the reason, those who are fans of paranormal and fantasy cannot deny our desire to take a journey into the darkness.  In my dark world, I’ve inserted both humor and a bit of scariness but Paisley must walk a fine line between the light and dark if she is to get her life back in order.
The question remains, if given the chance, would you be willing to take a walk on the dark side?  Or, would you rather bask in the safe glow of the light?
Thanks for hosting today, Pamela.  And to everyone who drops by, don’t forget to enter my Kindle contest no later than November 7th!  The grand prize winner will be announced at my Twitter Party on November 8th. 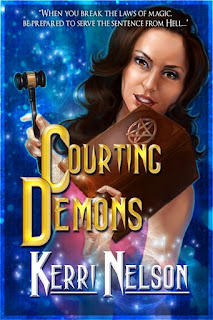 Blurb:
Paisley Barton was already having a bad day before she turned her husband into a rat.

First, she was fired by her boss and then came home to find hubby in the shower with a naked blonde chick. They say that hell hath no fury like a woman scorned but this break-up may just unleash hell on Earth when Paisley casts a spell of vengeance against her philandering husband.

After her spell casting inadvertently opens a portal between dimensions, Paisley finds her family home transformed into a nightly courtroom for settling disputes between demons of the underworld and she’s the judge! If that’s not enough, she’s got to deal with a charming, ancient demon named Camden who wants to be her personal bodyguard while trying to explain her husband’s sudden, mysterious disappearance to sexy police Detective Dalton Briggs.

But Paisley will show them all that an everyday working mom is better equipped than most to deal with the mystical mayhem…and with a tempting demon hottie and a flirtatious young detective vying for her affection, she soon learns that being single again isn’t so bad after all.

“When a wronged wife turns her cheating husband into a rat, you know you have to keep reading! Kerri Nelson offers up a lot of fun and wild magic in Courting Demons!” --Bestselling author, Linda Wisdom, Demons are a Girl’s Best Friend 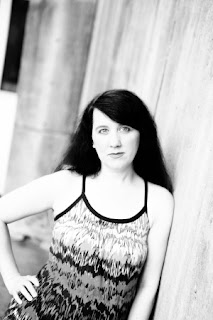 Author Bio:
Kerri Nelson discovered her love of writing at an early age and soon became a columnist for her local newspaper winning the Outstanding Young Journalist of the Year Award for her efforts.
After a fifteen year career in the legal field, Kerri fulfilled her lifelong dream of publication and is now an award winning multi-published author of nearly every genre under the sun (and moon) and also writes young adult fiction under the penname K.G. Summers.
A true southern belle, she comes complete with a dashing southern gentleman and three adorable children for whom she often bakes many homemade treats.
Kerri is an active member of Sisters in Crime and Romance Writers of America as well as numerous chapters including Futuristic Fantasy & Paranormal Writers and her Presidency of Celtic Hearts Romance Writers.
Read more about Kerri’s books at her website:  www.kerrinelson.com
Follow her on Twitter here:  www.twitter.com/kerribookwriter
Visit her industry blog here:  www.thebookboost.blogspot.com
Buy Links (print and e-book versions available 9/15 wherever books are sold but here’s the publisher link—free gift available with purchase of print copy—while supplies last):
http://jupitergardens.com/Courting-Demons-by-Kerri-Nelson-print.html
or
Amazon.com
http://www.amazon.com/Courting-Demons-ebook/dp/B005OAY7TG/ref=sr_1_1?ie=UTF8&qid=1316621839&sr=8-1
Giveaway for the day:
Leave a question or comment to be entered to win today’s prize: A choice of e-books from my back list!
Details on how to enter to win the GRAND PRIZE Kindle at the end of my “Dark Days of Demons Tour” located here:
http://kerribookwriter.blogspot.com/2011/09/courting-demons-blog-tour-win-kindle.html
Excerpt link for Courting Demons: http://www.jupitergardens.com/excerpts/kn_cd.html
©  Kerri Nelson 2011
contests fantasy Kerri Nelson paranormal

Karenna Colcroft said…
I've been eyeing this book since you appeared on my blog, Kerri. I really need to get this. It sounds fascinating!
November 1, 2011 at 10:10 AM

kerribookwriter said…
@Karenna~Hope you get a chance to check it out. I'd love to know what you think of it. Thanks for stopping by and for hosting me during my tour. Hugs, K.
November 1, 2011 at 2:19 PM

PamelaTurner said…
Hi Kerri, thanks for stopping by! Heh, a rat. LOL (I used to have pet fancy rats so I've got a soft spot for 'em.) Your book sounds really interesting. Will have to get a copy.
November 1, 2011 at 4:07 PM

Rebecca said…
Hi Kerri - great book! Can't wait for the sequel. :-)
I think all of us, especially when we're young, wander off into the possibilities of the dark side. When you get older, the light provides a safe haven from the darkness that is so prevalant and threatening in the "real world". No fantasy needed!
November 1, 2011 at 7:07 PM

Na said…
Hi Kerri! I think a dark world sprinkled with humor is a very good thing. I do gravitate towards the dark side but I want there to be light moments and to see vulnerabilities as well :-)
November 1, 2011 at 7:38 PM

kerribookwriter said…
@Pamela~Thank you so much for hosting, my friend. I'm sorry for being such an absent and tardy guest. I had a little boo boo on Tuesday requiring stitches and of course it was on my dominant right hand. Sigh. Typing has never been more challenging.

But thanks for hosting and I hope you do check out the adventures of the Paul rat! :-)

I'll be in touch with you off loop as well.

kerribookwriter said…
@Rebecca~Very true and nicely stated. Thanks for stopping by AGAIN! How you've kept up with my manic schedule...I'll never know. But it is appreciated muchly! xo
November 3, 2011 at 9:05 AM

kerribookwriter said…
@Na~Oh, I totally agree. And I think that is why the dark side with humor is my fave thing to write. Hope you enjoy the book. Hugs, K.
November 3, 2011 at 9:05 AM