September 28, 2010
MY TREK ACROSS THE DIFFERENT
GENRES
OR
How I went from being a contemporary romance author to an author of Speculative Fiction 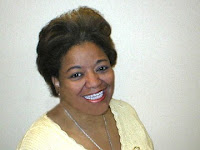 First I have to tell you that I had my blog post completely written but like most writers I work on more than one project at a time. I was in the midst of editing and trying to fill out the tip sheet for  a newly sold book. (YEAH)  Anyway I guess I had too many tabs opened and the one for the blog disappeared. So I did a universal search for the title of the blog, ‘‘’What’s In a Name?”’ which was what I was going to blog about, mainly the different labels placed on genre reading.
So why is it that you’re reading about how I went from writing contemporary romance to speculative fiction? Simple. The first document that came up wasn’t mine and I was taken aback. It  was a blog post a friend had sent me sometime ago to proof. Her blog was about authors using pseudonyms. Two entirely different subject matters, one title. As you know you can’t copyright a title and I could have gone with the already written blog. But…..I’m a nice person. And it goes to show that the title of anything is an unspoken promise between the writer and the reader that what they will get will have something to do with the title.
So how did I go from writing contemporary romances to…

A.M. Wells said…
Excellent article, Dyanne. No, one never knows what one will get when they pick up one your books, but you've proven that being a square peg can be just as entertaining and also enlightening at the same time.