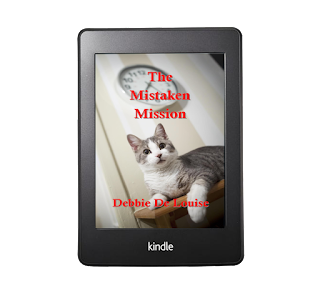 Nineteen years ago, Gina Garrett’s father
disappeared into the past using a time-travel disk he and his partner created. The only person who believed Gina when she explained what happened was her father’s partner’s son. When he, now a detective, shows up at her door claiming that he needs her to help him prevent a murder that happened a year ago, she hopes they can find her father, too.

Excerpt
A few minutes after I hung up, there was a knock at my door. Checking the peephole with Stripey at my ankles, I saw a tall man with red hair and a matching beard. He wore a police uniform. I opened the door hesitantly.
“Gina Garrett. Sorry I came so late. I was just off my shift. Did your mother tell you I called?”
I swallowed a gulp of my own saliva and almost chocked. “Yes. She did. Come in, uh, Mr. Logan.”
“It’s Andy, remember?” He walked through the door.
“What’s wrong? Maybe that’s a silly question.” He paused. I was aware of him looking down at me. Even as a boy, he’d been taller than the tallest girl in the neighborhood.
“I know you must be surprised, even shocked to see me after all this time. When we moved away, I should’ve written or called you. I’m sorry.”
I turned around. “Have a seat. We can talk. I’ll make coffee, or maybe you’d like tea?” I led him into the small kitchen.
He straddled a chair, his long legs looping over it. “Nothing, thanks, but you can go ahead and make yourself a drink if you want.”
“I was about to have some champagne. I don’t drink often, but I was . . .”
“Celebrating your birthday,” he finished for me.
“You remember?”
“How could I forget? I was sorry for you when I heard what happened. Mother agreed that your father ran away with another woman. I never believed that.”
“Neither did I.” I sat across from him, and he turned his chair.
“Looking back, now that I’m a detective, I realize things didn’t make sense. Your dad took nothing with him – no wallet, money, or clothes.”
“They said he had another set of clothes and a fake ID, that he left the state or country with his mistress.”
The smile Andy had greeted me with faded. “Gina, I’m here for another reason than to dredge up old memories. I need your help with a case.”
“Why me? I have no police experience unless you count some of the stories I’ve covered.”
“I know you’re a reporter. I checked you out, but that’s not why I’m here.” He gazed at me through his blue eyes, and I saw images of him and me as kids riding our bikes around Boston Public Garden, playing softball in the street with a few other friends, taking walks through the neighborhood.
“I never doubted what you said all those years ago, about your going back in time. Recently, I may have found proof that you were right.”


Ghost Cat. Don’t honeymoon without one.
Francesco and Gina are not your typical engaged couple. They met in a cemetery and spent their dates watching horror movies. But when Francesco suggests they honeymoon in a haunted house in Venice, Gina is shocked when she learns the place may actually be Francesco’s childhood home where his parents were murdered.

When college student Susan Shaffer wakes up on the wrong side of the bed in her dorm room, strange things begin to happen. Time seems to shift and draw her into an imaginary deadline that would rival those of the stories she writes for the student paper. Unable to face horrible news that she can’t remember happening, she traces the events of the last few days. Discovering the awful truth of why these hours are a blank, she must meet a deadline that is truly deadly.

On the one-month anniversary of the death of her beloved cat, Librarian Margaret Goodley, uses her excellent research skills to cast a spell to bring Bluebell back to life. Unfortunately, there are unexpected consequences when two other women who have lost their own loved ones on the same day interrupt the ceremony. 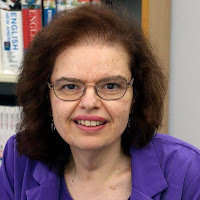 Debbie De Louise is an award-winning author and a reference librarian at a public library on Long Island. She is a member of Sisters-in-Crime, International Thriller Writers, the Long Island Authors Group, and the Cat Writer’s Association. She has a BA in English and an MLS in Library Science from Long Island University. Her novels include the four books of the Cobble Cove cozy mystery series: A Stone’s Throw, Between a Rock and a Hard Place, Written in Stone, and Love on the Rocks. Debbie has also written a romantic comedy novella, When Jack Trumps Ace, a paranormal romance, Cloudy Rainbow, and the standalone mystery, Reason to Die. She lives on Long Island with her husband, Anthony; daughter, Holly; and three cats, Stripey, Harry, and Hermione.