March 08, 2017
I'm not sure if I'll keep that title, but since many of my books are set in Louisville, Kentucky, I thought it might be fun to do a weekly or biweekly post where I share particular locations that take place in my books.

The first two pictures are from Death Sword. Central Park/Fourth Street is located in a section of Louisville known as Old Louisville, so named for its many Victorian houses. (I'll be sharing some in future posts.)

I could see Metatron and Karla sitting on this bench while she discusses her concerns with the king of angels about being forced to be an angel of death. Below are a couple of the walking paths Xariel might have taken when Metatron calls him to take her home. 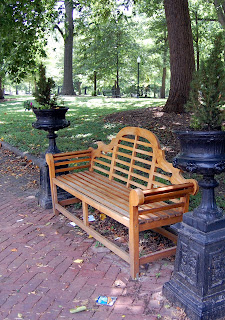 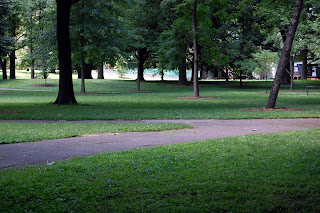