October 19, 2013
When I submitted "Family Tradition" in the fiction short works category of  EPIC's EBook awards earlier this year, I'd no idea if my short dark suspense story would even make it past the first round.

Given there was nothing I could do about it, like my other fellow entrants, I played the waiting and hoping game. The story had received positive feedback from editors and reviewers, which inspired me to submit it to the EPIC contest. As someone who's entered contests before, even placed second in one, I know how nerve-wracking it can be to wait for the results, only to be disappointed. I don't even know if I'll win my category. Sure, it'd be nice, but I'm trying to be pragmatic about the whole thing.

That said, congratulations to the other finalists and good luck! 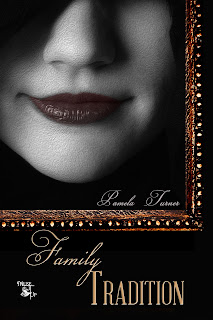 Artist Rick Stanton needs a commission. He faces eviction from his apartment and his latest project is on hiatus. Worse, his muse refuses to cooperate. A recent letter may contain the inspiration he needs. Inside is the photograph of a mysterious woman, her face hidden by an umbrella. But there’s no identification, no way for him to contact her. A month later, another envelope arrives, this time with a phone number. Realizing this may be his last chance, Rick calls her. The woman introduces herself as Elizabeth and tells him she wants him to paint her portrait.

Rick agrees, only to learn there are conditions. Elizabeth is a recluse who lives with her two servants in a Victorian manor. She never allows her face to be seen. Not only must he stay at Elizabeth’s residence while painting her, he can’t leave, nor can he ever tell anyone about the portrait.

Sensing something isn’t right, Rick is even more disturbed by the sinister undercurrent beneath the household’s genteel façade. It’s somehow connected to the family portraits hanging in Elizabeth’s living room. Could they be haunted? And why doesn’t Elizabeth’s housekeeper want Rick to finish the painting?