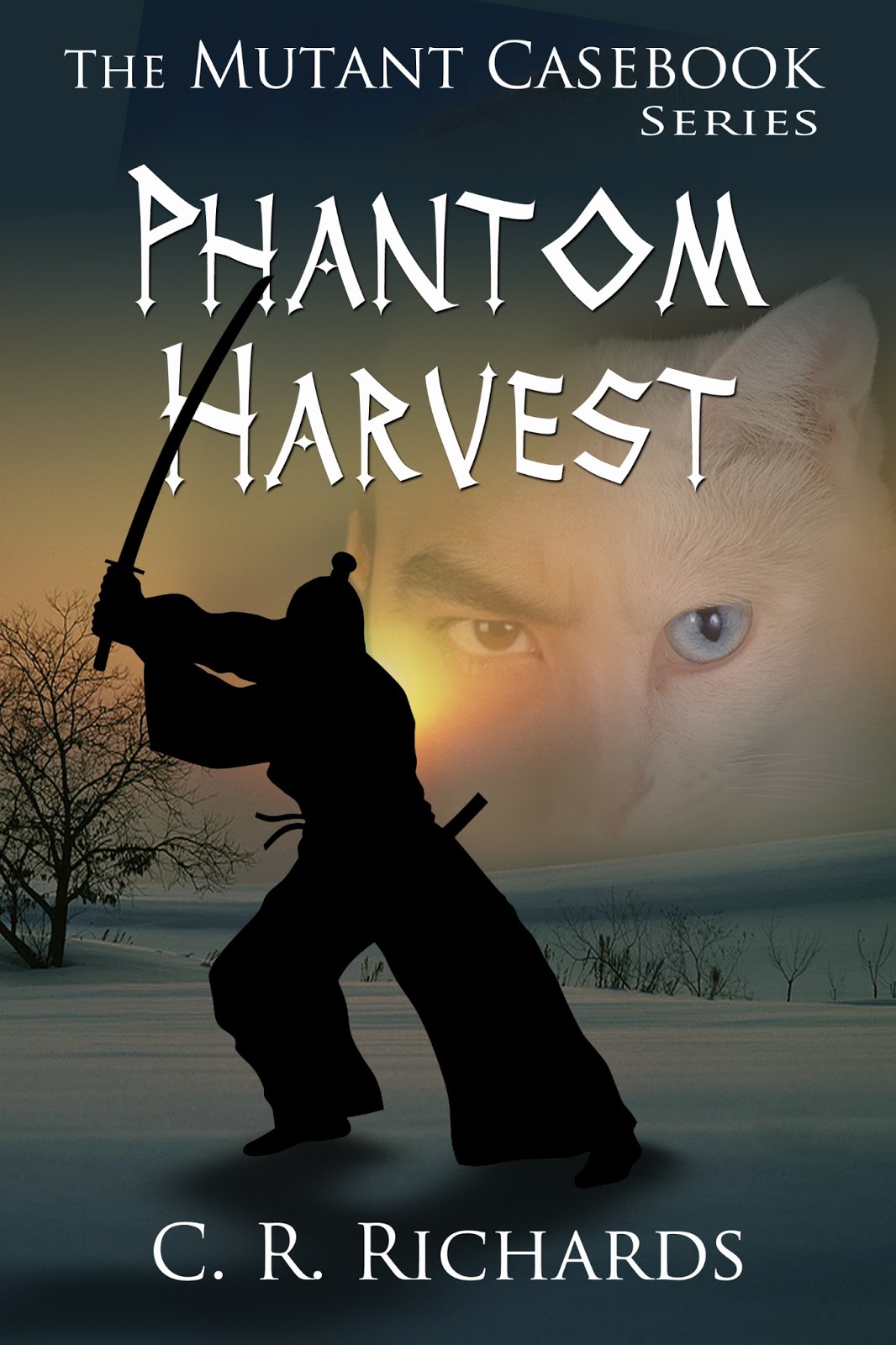 Exploring the "What If Scenario" in the world of urban fantasy is both liberating and challenging. Your mind is free to explore the fantastic, however, there must be an element of the possible. A reader will enjoy the fantasy elements, but can also see themselves running into your characters at the local coffee shop or diner. That's the allure of urban fantasy.

In Phantom Harvest (Book One in the Mutant Casebook series), I explore what modern society would be like if an accident had split reality apart a few decades in the past. Human beings had been dragged from their homes and pulled through a rip in reality. Their genetic makeup mutated and they became characters from human folk tales.  As in any civilization, the most powerful gain control. In Mutant Casebook, Dark Elves are at the top of the food chain. Hungering for their old lives, they decided to model their new civilization after the human world. A great city has risen up. Industry runs the new economy. Humans are allowed through the conduit into the mutant world provided they have proper work visas. Civilization is thriving thanks to the treaty between races, but not everyone wants to be civilized. Gideon and his werecat partner, Hiroshi, don't buy into the dark elf business model. They prefer making their living on the fringe of mutant society along with the rest of the undesirables.

Gideon, a half-breed mutant with a surly temper and rotten luck, struggles to scrape a living as a tracker in the desolate territory near the gateway to the human world. Business seems to be picking up when Gideon is approached by a powerful dark elf with deep pockets and a serious problem. Human miners at the dark elf's plant are being taken by an elusive predator. Gideon is pressured to find the killer before word of the disappearances reaches the human world, endangering the tense relationship between their two races. But, nothing is simple this close to the conduit between worlds. Archangel, a ruthless mercenary operating in the secret sectors of mutant society, has set his own deadly game in motion.

Surrounded by savage wilderness and cut off from contact with civilization, Gideon must find a way to
protect his friends and survive to collect his bounty.

Excerpt:
Cheap cologne clumsily masking rotting flesh and stale earth crept closer. Gideon swallowed the last gulp of beer and took a deep breath through his mouth. There was no mistaking the stench. It was a calling card, a sensory announcement for the Graves Brothers. They were ghouls who’d tired of the rotting corpses and drained blood they could steal from their local mortuary. Crime paid well and sometimes it paid in fresh blood.
Gideon gripped his spoon until it bent under the pressure of his thumb. The Graves Brothers typically didn’t stray far from their territory in the south side of New Athens. Something had dragged them out of their catacombs, onto the transport train and through the Outskirts Territory to land here in Hawthorne.
Bandaged covered fingers gripped the chair across from Gideon and pulled it slowly away from the table. Doug Graves, head of the family and creep-in-charge, sat down carefully in the chair. His rotting body was covered head to toe in a gray trench coat topped with a fedora. He looked like a Humphrey Bogart movie gone wrong.
“Gideon, you’re looking good enough to eat.” Doug’s voice grated across the table like dead wood running through a shredder.
C.R. Richards dark elf mutant society shifter urban fantasy Whiskey Creek Press

PamelaTurner said…
You're welcome! Thanks for stopping by. :-) (Excuse the deleted comment. Apparently, my eyes and brain aren't cooperating tonight.)
January 25, 2013 at 11:29 PM