Who Are You, and What Have You Done With…Me? 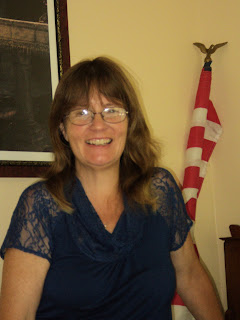 My daughter labels me as “weird”.  My Dad’s friends know me as “the vampire daughter”.  People tell me I scare them.

Where did this come from?  Not too many years ago, I considered myself very much a “plain-Jane” person.  T-shirts, jeans, school mom, working mom, all the things you expect from someone with two grown kids and a couple of college tuitions to pay.  The paranormal never really entered into my world.  I read regular mysteries, human interest stories, the newspaper for heaven’s sake…

Then I had the nightmare, which spawned my first book.

Over the next year or so, as I wrote and re-wrote, edited, found a publisher (publish-on-demand—not the best deal to go with, by the way), and started to get some interest started in my “baby”, I found myself changing in ways that I still don’t understand.  Maybe I never will.  But they are not bad changes. Just…different.

The T-shirts and jeans:  Well, the jeans are still worn when I can fit into them, but the shirts have become tops with lots of frill and flounce to them.  The lacier the better, which is what my daughter has called “weird”.  And dresses!  Skirts!  Me, who could be counted on to wear a dress on Easter Sunday and maybe to a wedding.  My “style”, if you will, tends toward a Stevie Nicks/Mina Harker-meets-Edward-Gorey kind of mix—Edwardian with a funereal flair, with a lot of lace.  Edwardian Goth without the attitude—of either.  I love a low-cut but long-sleeved dress draped in beads and folds.  Almost 1920s, but not quite.  It’s the way I think proper female vampires should look.

Which is weird, because I am terrified of the concept of vampires.  It makes me shudder to write the word.  Would it surprise you to know that I can’t even read my first book?  Yet this is what is coming to the forefront of my personality.

When at a restaurant, and the server asks me what doneness I want in my dinner, I suggest that he/she bring the beastie out and let me chase it down.  There seems to be a lot of cannibalistic/blood-oriented references in my language.  Not that I’d go that direction!  Too many blood-borne illnesses.  Just get me a bat or something...

Whoops, there I go again.

I can’t get enough of vampire stories.  When I learned that “Dark Shadows” was being made into a movie, I counted down the more-than-365 days until it was released to the theatres.  Novels by Hannah Jayne and the like have joined the rest of the books on my shelf.  I still pass over the more bloody passages with one eye closed (don’t look—look—oh no don’t look).

I’m known as the “vampire daughter” because my dad has spent a lot of time and money passing my book out to his friends and acquaintances.  He’s been my number-one support.  It was kind of funny to be addressed that way.  Fifteen seconds of fame.  But every little positive encouragement gives me more reason to keep writing. 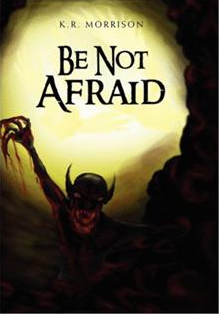 I’m “scary” because of the way I talk about how I would handle anyone who got up in my face.  Blood and tears ain’t the half of it.  I know I would become fairly rabid if this sort of thing happened.  And I don’t mind being graphic.

And this was not the way I was all that long ago.  As I finish my second book, it will be interesting to see how much further I evolve.  Will it be good?  Will people run away?  Time will tell.

Have you written anything that has changed you?  How’d that turn out?  I’m open to answers to these questions, plus questions from anyone out there who has stopped by to read.  Thanks to Pamela for the chance to blog, and thank you for taking the time to visit.