Thank you for hosting me on your blog today. It’s always a pleasure to reach out to new audience and readers. My debut novel “Bonded by Crimson” has been released on January 28th, and it is available in all formats at Black Opal Books, Amazon, Smashwords, Barnes & Noble and All Romance eBooks 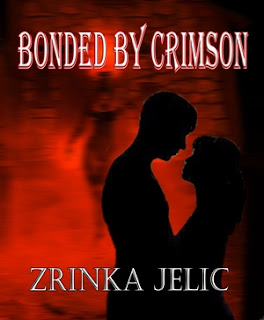 BLURB
Love isn’t in the cards for her…

After her short failed marriage, Kate tries to rebuild her life and takes a position as a nanny to three small boys. She quickly grows to love them, but their father, terrifies her, while igniting a passion she didn’t know she possessed. Disturbed by his distant manner with his sons, Kate struggles to make him more involved in the boys’ daily lives. Her efforts are mysteriously supported by an entity that cannot really exist. Or can she? And if she does exist, is she really trying to help Kate, or just take over her body?

But when he deals the hand, all bets are off…

Six years after his beloved wife passed away, Matthias is still trying to become the father she wanted him to be. Not an easy task for a three-centuries-old immortal. His search for the ultimate nanny ends when Kate Rokov stumbles to his home and into his arms. The immediate attraction he feels for her seems like a betrayal of his dead wife, a love he’s harboured for over three hundred years. But when Kate is stalked by a deadly stranger, life he clung to in the past begins to crumble and break down. Can Matthias learn to trust and to love again in time to save his family from disaster, or will his stubborn pride destroy everything worth living for?

Kate left her mother’s small apartment and passed through the Bridge Gate under the steep medieval-defense walls then continued on to the Forum. A central market and public area during Roman times, it lay in ruins for almost two thousand years. Now it was a tourist attraction. Unable to resist the temptation, she ran through the remains and pretended she
was a child again, playing hide and seek.

She crossed the square to the Church of Saint Donatus. Religious services had not been held here for centuries, but the place made her feel as if she had stepped out of the busy modern world into an unchanging, ancient realm, wrapped in a shroud of mystery, waiting to be awakened again someday.

A few tourists, fascinated with the unusual round structure of the building, oohed and aahed at the entrance. She paid the admission and strolled across the three apses cloister. An amateur sang an unrecognizable tune on the small stage. Anywhere else in the world, his singing would sound like strangling a cat, but the stark interior provided acoustics that made his voice bearable.

The steep stairs took her to the first floor arcade where she walked around, looking down on the ground level until she completed the circle. This was her little ritual each time she visited here.

The thick, stonewalls kept the heat out. She took a deep breath, sat, and pulled the laptop out of her bag. So, what else was new here, besides the marble floor? She scanned the interior while her computer booted, taking note of the plexiglass coverings on the windows. Good, it kept the pigeons out.

Street noises mixed with the clunking sounds of guys setting up chairs on the lower level for the concert venue of the Annual International Festival of Renaissance Music.

And this is where the above excerpt takes place. 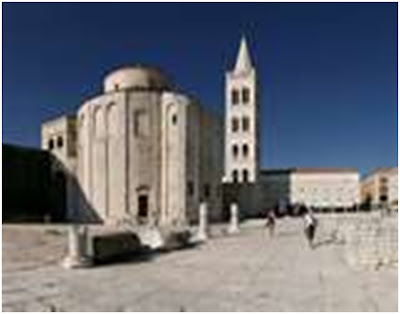 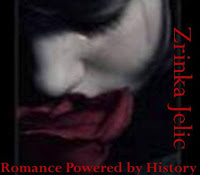 Zrinka Jelic lives in Ontario, Canada, with her husband and two children. A member of the Romance Writers of America and its chapter Fantasy Futuristic & Paranormal, as well as Savvy Authors, she writes contemporary fiction—which leans toward the paranormal—and adds a pinch of history. Her characters come from all walks of life, and although she prefers red, romance comes in many colors. Given Jelic’s love for her native Croatia and the Adriatic Sea, her characters usually find themselves dealing with a fair amount of sunshine, but that’s about the only break they get. “Alas,” Jelic says, with a grin, “Some rain must fall in everyone’s life.”

I've read Bonded by Crimson and can tell you it's a great paranormal read that you can't help but enjoy!

Firetulip said…
Thanks Bonnie. It's a paranormal co-mingled with everyday's struggles just as we ordinary people have to deal with it. Finding a nanny, paying bills, earning a living. In many paranormal books they live a high life and they are untouchable and I find it something hard to connect with.
June 19, 2012 at 10:10 PM

Unknown said…
Thanks for sharing. Definitely something to add to my TBR pile! Love paranormals!
June 20, 2012 at 2:20 PM