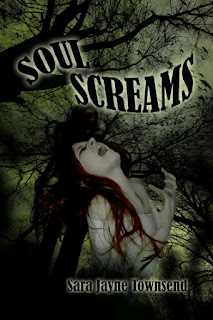 My first successes in writing were with short stories.  After a couple of attempts at overlong pieces that were bogged down with unnecessary detail, I decided to change tactics and try my hand at short stories.  It wasn’t necessary to put pages of info dumps in a short story (one of my early sins in writing novels).  It wasn’t necessary to explain a character’s life story to a reader.  A short story wasn’t so much a life history as a snap shot – a moment in time.  All the reader needed to know about a character was what was relevant to that moment in time.

As a teenager I was fond of stories with a nasty surprise at the end (Stephen King’s “Survivor Type” is a memorable example).  So I started to horror stories with a twist ending.  When I was seventeen I wrote a story called “Just Don’t Scream”.  All I really knew about the main character, Jesse, is that he wasn’t very happy with his lot in life.  Wandering around a deserted fairground, he takes on a bet issued by a mysterious magician.  Things don’t exactly go the way he expected.  I knew no more about Jesse than my readers did.  I didn’t even know his last name – but that wasn’t relevant to the story, so it didn’t matter.  My English teacher had always seen my potential as a writer, and she liked the story so much, she submitted it to a regional creative writing contest.  Suffice to say my fondness for gruesome horror was not shared by the judges, and the story did not impress them the way it had impressed my English teacher.

Over the next twenty years, I explored the genre of short stories as I grew as a writer.  Common themes emerged.  All my short stories featured sobering themes such as isolation, depression, betrayal and loneliness.

This was brought home to me when I was bringing together the thirteen stories that appear in SOUL SCREAMS.   The common themes, and the fact that so many of the characters shared facets of my life at the time – similar ages, living in similar places, doing similar dead-end jobs they weren’t happy in – made me realise how much I’d been using writing short stories as therapy.

I haven’t written many short stories in the last few years.  Part of that is because I’ve been working on novels, but I think a big part of it is the fact I am in a far better place psychologically than I was twenty years ago.  The writing has clearly been effective therapy.  And it’s far cheaper than counselling.

I hope to write more short stories, as they can be a useful exercise in discipline, especially when one has to stick to a theme and a strict word count.  But I do worry that perhaps later ones will lack the raw emotion of my earlier stories.  On the other hand, I am still a horror writer, and a gruesome death always seems to occur in everything I write. So I suspect there is still plenty of death and violence in my future – at least, as far as the writing goes.

Bio:
Sara Jayne Townsend is a UK-based writer of crime and horror.  She
has two novels, SUFFER THE CHILDREN and DEATH SCENE, published as e-books by Lyrical Press.

Her collection of short horror stories, SOUL SCREAMS, is now available
in print and e-book format from Stumar Press
(http://stumarpress.webs.com).

You can learn more about Sara and her writing at her website at
http://sarajaynetownsend.weebly.com or her blog at
http://sayssara.wordpress.com.

Annette Gisby said…
I think most writers start out with writing as therapy, and it is a lot cheaper than counselling :)

Vicki Batman, sassy writer said…
I write romantic short stories. I got so antsy working on a book. They fit my schedule and I write tight and better. Thanks!
June 5, 2012 at 11:55 AM

Taryn Raye said…
I think all writers start out with some sort of writing as therapy- poetry, journals and diaries, short stories. Sometimes you need that outlet.

I kept journals in my youth and wrote poetry. I've penned a few shorts, but tend to lean toward full length novels nowadays. Doesn't mean I wouldn't possibly write some shorts again if the mood struck me.
June 5, 2012 at 12:04 PM

Sara-Jayne Townsend said…
Annette, Vicki and Taryn, thanks for commenting. Always reassuring to know I'm not alone!
June 5, 2012 at 12:18 PM

Anonymous said…
I agree writing is therapy. It got me through puberty, lol! Great post. Look forward to reading your short story.
June 5, 2012 at 2:14 PM

Sonya said…
I love your characterization of writing as therapy. Good luck with Soul Screams!
June 5, 2012 at 3:38 PM

Calisa Rhose said…
Horror is, by far, my least fave genre to write or read. I can't explain why but maybe it had something to do with all the S.K. I absorbed in my teens and early twenties, or my fascination with the Living Dead movies. Maybe it was the stalker I acquired when I was sixteen and seventeen that made things more real to me as I got older. It just creeps me out now that I'm...well, not twenty anymore. lol But as therapy--that's a new twist for me. Good luck with your Soul Screams, Sara.
June 6, 2012 at 12:35 AM

Pat Marinelli said…
Wow, once I learned to read and write, I wrote short stories all through school. Never thought of it as therapy. This blog is an eye opener for sure.
June 6, 2012 at 4:13 PM