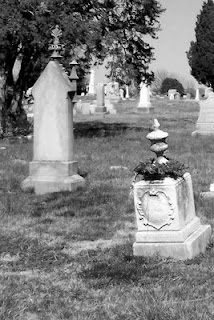 Owldreamer said…
I liked the story.Tried to vote for best trailer for dark Sword,but I found it too late I guess.Keep writing!Remember,you write because you CAN WRITE, not because you think you can.
A writer can't not write!
April 10, 2011 at 6:18 PM

Cindy Spencer Pape said…
This was really intriguing. Could easily be the opening of a novel! I particularly loved this line, "Emily claimed Goth citizenship. I carried a green card."

Rachel Lynne said…
Excellent story, Pam. I agree with Cindy, that line cracked me up. Please tell me this is the beginning of a novel or at least a novella, you can't hook the reader then leave us hanging! :)
April 10, 2011 at 9:11 PM

Amber said…
I really enjoyed your story. I also feel that it would be wonderful to elaborate on it and make it into something bigger.
I loved your Doc Marten name drop! ;)
Keep writing!
April 11, 2011 at 5:55 AM

Sheila said…
Missed all the reasons the story was pulled so I definitely had to read it now. Loved it. Keep writing. Would love to email you.

PamelaTurner said…
Thanks, everyone, for the kind words! So glad you enjoyed this little story. :-)

I almost tossed out that Goth membership line.

At this point, I've no plans to expand "Initiation" into a longer work. (I wrote this during jury duty while waiting to be called for a voir dire.) However, I shouldn't say "never" because I might change my mind. LOL (What can I say? I'm a Gemini and have a mercurial personality.)

Sheila, and anyone else, if you'd like to email me, I'm at pamturner97@gmail.com .

Eastern is a real cemetery with a tragic history. (That's Eastern in the photo above.) The chapel also exists. For more information on Eastern, I've re-posted an article I wrote for a now-defunct publication: http://www.pamela-turner.com/2010/08/wednesday-photo-eastern-cemetery.html

Christine Ashworth said…
Pam, I definitely think you could and should expand this into a novel. You might even get a series out of it! Good job woman, and keep going!
April 11, 2011 at 2:26 PM

Scarlet Pumpernickel said…
Pam, this is an excellant short story. You should expand it and shop it around. You are very talented. Keep writing, sometimes it takes a while!
April 11, 2011 at 11:56 PM