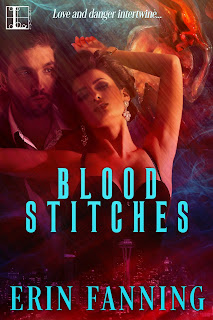 Available May 12, 2015 from Kensington Publishing/Lyrical Press

It’s called El Toque de la Luna—The Touch of the Moon. At least that’s how nineteen-year-old Gabby’s older sister, Esperanza, refers to the magical powers she inherited from their Mayan ancestors. Esperanza says women with El Toque weave magic into their knitting, creating tapestries capable of saving—or devastating—the world. Gabby thinks Esperanza is more like touched in the head—until a man dressed like a candy corn arrives at their Seattle home on Halloween. But “Mr. C” is far from sweet…

Soon, Gabby and her almost-more-than-friend, Frank, find themselves spirited away to a demon ball, complete with shape shifters—and on a mission to destroy Esperanza’s tapestries before they cause an apocalyptic disaster… And before it’s too late to confess their true feelings for each other.

In this scene, the main character, Gabby, and her soon-to-be-more-than-friend, Frank, are trapped in a subterranean maze with Mr. C and Tory, two men born in a Petri dish.

“I need to tell you something.” Frank steered me to a corner of the room where the eerie light didn’t reach. He moved in front of me, blocking my view, and lined his wrist up with mine. Our tattoos touched, again a deep connection ran through me, as if two pieces of a jigsaw clicked together. “There’s something I have to do. In case, you know, we don’t make it.”

Frank pressed his lips against mine, a quick peck that morphed into something longer and ended in teeth-smacking and head-bumping. Not the most suave move in the history of romance, but it set something off I’d held back a long time.

He traced the tattoo on my wrist. “Sorry—”

I wrapped my arms around his neck and pulled him down, leaning into him until we pressed against each other. Our lips touched, and my mind went blank, leaving only warmth flowing from Frank to me.

“Oooh, Gabby and Frank are smooching.” Tory burst the bubble surrounding Frank and me.

“I’ve been wanting to do that forever.” Frank rested his forehead against mine. “I guess we’ll have to continue later.”

“Yeah.” I cleared my throat, trying to think of something more profound to say, but I went blank when he kissed me again. 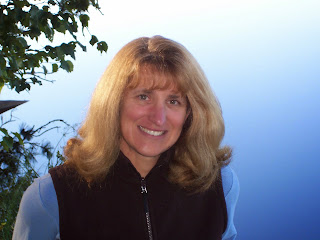 Erin Fanning spends her summers on a northern Michigan lake, where her imagination explores the water and dense forest for undiscovered creatures. In the winter, she migrates to central Idaho, exchanging mountain bikes and kayaks for skis and snowshoes. She’s the author of a mountain biking guidebook, as well as numerous articles, essays, and short stories.

Enter to win a Rafflecopter giveaway for a $20 Amazon gift card.

Erin Fanning said…
Thanks so much for hosting me today! Have a wonderful weekend and happy reading!
May 22, 2015 at 8:01 AM

Hello every one, here every one is sharing such familiarity, thus it's good to read this webpage, and I used to pay a quick visit this blog all the time. capitalone.com
October 25, 2017 at 6:47 PM

Very good info. Lucky me I ran across your blog by accident (stumbleupon). I've book-marked it for later! gmail.com login
May 9, 2018 at 9:43 PM