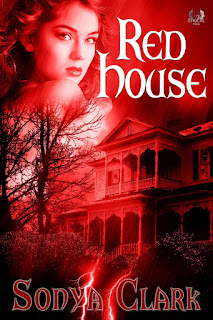 Paranormal investigator and hoodoo practitioner Roxie Mathis makes her home in Nashville. When writing RED HOUSE, the follow-up to the character's debut book MOJO QUEEN, I had to decide whether to acknowledge the devastating flood that roared through the city in May 2010 or ignore it. Ignoring it seemed wrong and soon I found myself wondering not only how would the event affect Roxie and the other characters, how would it affect the supernatural elements of the world they live in. Would the inherent magical energy of the land be altered by the overwhelming and chaotic fury wrought by nature? What about those that dwelled in the spirit plane? Might they also find themselves homeless and lost as many of the mortal victims of the flood? What unseen dangers lurked in the aftermath?

Here's an excerpt of Roxie discovering some of the changes caused by the flood:

I hadn’t brought a candle with me but had something else in mind to try. I’d been doing a lot of thinking about what appeared to be my natural affinity for the element of fire. What else could I do with that besides light candles?
There were many different flavors of witchcraft but there were some common denominators among them. One of those was the four natural elements of earth, air, fire and water. Those four elements corresponded to the four states of matter--solid, gas, plasma, and liquid. My desire to go beyond the party trick of lighting candles without a match led me to research plasma. Other than bad memories of science classes in high school, I didn’t get much out of it. An idea for a very basic experiment occurred to me and I’d been waiting for the time to try it.
Wishing I’d brought an empty glass, I drank the rest of the tea and tossed the ice into the grass. I laid the book aside, along with my glasses. Drawing into a sitting position, hands resting lightly on my thighs, I did a slow grounding. Despite having spent a great deal of time here, I still wasn’t as familiar with this plot of land as I was with my own. Opening myself up, I reached out to the energy around me. The earth below, the sky above, streams and underground water sources, trees and vegetation--all of them flowed together into a natural rhythm. Beyond that was  the man-made energy of the city itself. Point and counterpoint. Or if not that, then at least two separate rhythms that somehow managed to work together, like an improbable mash-up of two radically different pieces of music.
I expected all of that and had felt it before. What shocked me was the bang and clatter of something atonal, chaotic. Hard bop on meth, instead of cool jazz or trance blues. Concentrating on the discordant notes, it overtook everything else until its rattle was the only thing I could feel. A rushing wildness, dark and hungry, pulled at me. It pressed against my chest and tugged at my limbs. Fear exploded in my gut, followed quickly by recognition. That recognition saved me from what might have turned into a nasty panic attack. Reaching for calm, steady earth, I pushed away the chaos and took slow even breaths.
It was the flood. The land, the people, every source of energy in the area had been traumatized by the flood. There hadn’t been enough time yet for any real healing, so the menace still lurked just beneath the surface of things. And if it was at all present, that meant it could continue to affect things.
My breathing got a little out of sync as fear nibbled at the edges of my thoughts. I had to distract myself or pretty soon all I’d be able to think about was my destroyed home. Hard bop on meth was not really a good analogy for this area. Well, the meth part worked. What other musical analogy might work to describe the flood’s leftover energy? I struggled to come up with something but the best I could do was “redneck Rammstein.”

There's high water everywhere and she's about to drown on dry land.

Roxie Mathis lost her home and her livelihood to a devastating flood. She's lucky to be staying with her vampire ancestor Daniel but she wants to put the pieces of her life back together. Trouble is, Roxie's lost her mojo. The trauma of almost drowning and losing her home left a deep mark on her.

Blake Harvill left a mark on her too and she's been missing him in the four months since he left town. Now he's back with plans to stay. Roxie wants him like she's never wanted anyone else but can she trust the sexy sorcerer with her guarded heart?

Hired to evict ghosts from the bed and breakfast called Maple Hill, her confidence takes another hit when she encounters a violent spirit she's crossed paths with in the past. When the spirit traps innocent people in the house Roxie's going to have to tap reservoirs of magic she's never touched before. Like physics, everything in magic has an equal and opposite reaction, and Roxie can only hope her desperate spellwork won't kill her--or conjure up something even more dangerous.