November 18, 2010
2010 is almost over and it's time to reevaluate my writing goals. Needless to say, I won't meet them all. I guess I could call some of them "stretch goals,"  a term I picked up reading Dilbert (Scott Adams).

Many of these objectives will carry over into 2011. Much of the decision is based on where I am now as a writer and where I want to be in a year or so. (Longer term goals are another story.)

One thing I know is I'm not actively looking for an agent. Does this mean I'll never try to obtain one? Of course not. My current reasoning is I haven't written anything that would fall into an agent's required word count (approximately 75k to 100k, give or take).

While I work toward that goal, I'll continue to write short novels and novellas. With more e-book publishers taking submissions in various genres and small presses filling the niche markets, there are opportunities to publish manuscripts that might otherwise be overlooked by the traditional NY publishing houses. (I'm on the proverbial fence about self-publishing.)

Are there flaws with this plan? Of course. Will it take time to implement? Definitely. I won't lie and say I don't want to make money from my writing, but I'm not about to fall victim to scams if I can help it. And there's nothing wrong with being published by the small presses.

Not that my track record is anything to brag about. Not yet anyway. :-)
e-publishers publishing small presses writing

nerinedorman said…
Heh, writing goals. I have to laugh at mine. I had THE BIG IDEA bite me on the arse a few days ago. I reckon I've got my break-out novel but I'm not allowed to start it until a) I've finished revisions on my two upcoming releases and b) I've completed a novella I'm submitting to my favourite editor.

But I've never once stopped the submissions mill once I've thought I had a novel that was worthwhile consideration. And I'm pleased to say I'm meeting an agent for coffee mid-December. Whether anything concrete comes from this it doesn't matter. I'm definitely going to take any advice I receive to heart.

I have found it's important to stick to goals of finishing projects, be it a first draft or a revision, before moving onto the next, but also allowing flexibility to pursue projects that may work out well.
November 19, 2010 at 3:03 AM

I need to let go of the fear of submitting. Not that I'm afraid of rejection. It's more worrying the manuscript isn't good enough. Nothing like sabotaging myself.

Oh, well, I got over the fear of marketing & promoting my book. I can move beyond this hurdle. :-) 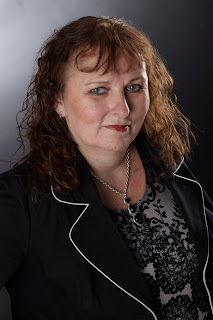 My Real Life Ghost Story
I told Pam I would talk about the locally famous haunted house (McPike Mansion, Alton IL) down the street from where I live, but I changed my mind.
Instead, since I write romance and am celebrating the release of my debut book, The Bull Rider’s Brother, I’m telling you the story of the ghost who tried to save me from a bad marriage.
I was just eighteen, summer between freshmen and sophomore year at college. Living at home, I was working swing shift at a local factory making plastic milk bottles.  (As a side note, if you want to make sure your college age child returns to school after summer break, get them a job watching a machine make plastic bottles. I ran back to school after that summer.)
One day, I met the man who would become my first husband. He worked days at the same factory.  We started dating, mistake number one.
Later that week, I saw one of the jokesters who worked my shift sitting on top of the pop machine right outside the door that lead to m… 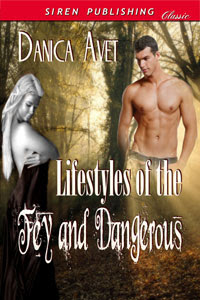 I have a secret: I love bad boys. What? You’re not shocked? Okay, so I don’t think I’ve ever made my adoration of the bad boy a secret. How could I? They’re just so…bad and dangerous!
When I started writing the Veil series, I needed a bad guy and I just knew for sure he was Malachi Cromwell. Then as I got to know Malachi through Ruby: Uncut and on the Loose, I realized he wasn’t a bad guy. Okay, well he is, but he’s a redeemable bad guy. I fell a little in love with him because he was charming, witty, and smexy. What’s not to love? Sure, he’s a top general in an evil army, but he has a reason for his profession!
Oops, doth the writer protest too much?
Maybe I am, but I can’t help it. In Succubus-in-Waiting, the second book of the series, he shows that he’s not the bad guy I thought he was in the first book. I found myself oddly interested in what made him the way he was and where he would end up. It can’t be easy to go from being one of the most hated men in the Veil to trying to redeem…